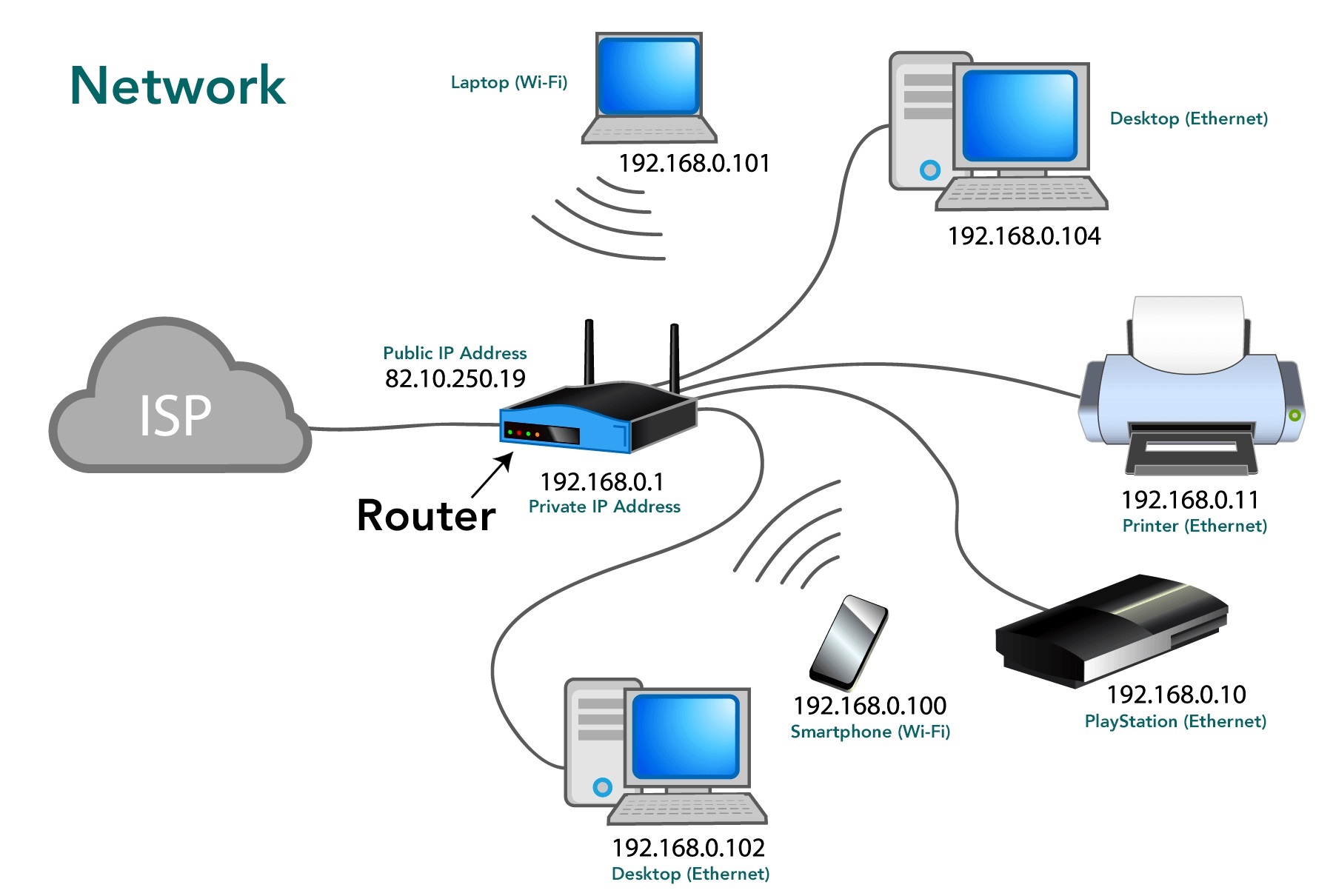 Network Definition: A network consists of multiple devices that communicate with one another. It can be as small as two computers or as large as billions of devices. While a traditional network is comprised of desktop computers, modern networks may include laptops, tablets, smartphones, televisions, gaming consoles, smart appliances, and other electronics.

Many types of networks exist, but they fall under two primary categories: LANs and WANs.

A larger network, such as the network of an educational institution, may be comprised of many switches, hubs, and Ethernet cables. It may also include multiple wireless access points and wireless repeaters that provide wireless access to the network. While this type of network is much more complex than a home network, it is still considered a LAN since it is limited to a specific location.

A wide area network is not limited to a single area, but spans multiple locations. WANs are often comprised of multiple LANs that are connected over the Internet. A company WAN, for example, may extend from the headquarters to other offices around the world. Access to WANs may be limited using authentication, firewalls, and other security measures. The Internet itself is the largest WAN since it encompasses all locations connected to the Internet.